3 high-flying French SMEs serving the innovative application of one of them, CSTM, which is developing its own high-speed electric motor, has encountered a hard point in torque measurement. It must be contactless, precise, without added inertia, without constraint and in addition at very high speed (100,000 rpm) ......

François Dugué, director of CSTM, explains in detail his engine and its requirements:
We are strongly concerned with high-speed rotating machines, particularly for aeronautics and space, whether for test benches or for prototypes of on-board equipment. In this context, we are developing an electric motor with a mechanical power of 52 kW at 100,000 rpm, which does not exist on the market, and which can meet the needs of several of our customers. For its development, we had to measure speed and torque. But, above 25,000 rpm there was no torque meter on the market.

To measure at these high speeds We obviously need a very fast and precise reference speed sensor for this: the world reference is OPTEL THEVON, designing its sensors in Paris. We chose the 152M model from OPTEL THEVON Cf. Figure 4, which has many advantages on the scientific and practical level with TTL and Analogue outputs; This standard product presents a truly exceptional dynamic, as well as an ease of assembly and use, (The installation simply requires for each sensor a marking on the shaft alternating a reflective surface and a matt surface, as well as an optical fiber support The installation and adjustment of the optical sensor is then of the order of 10 min). The advantages of these optical probes are their precision which makes it possible to put many marks on a small diameter as well as their insensitivity to electromagnetic pollution. No wonder Porsche, Toyota and all the other majors use OPTEL THEVON products around the world.
Thanks to the VIB 360 application from French Impédance, with its acyclism extraction algorithm created by Dr Hamid SAIAH, we can measure the speed, torque, acyclisms and eigenmodes of the shaft line, and with two sensors 152M each located on a tone wheel on either side of a shaft portion of known stiffness, the high speed torque meter is produced.

Hamid Sahia and his team have been developing and using algorithms for machine vibration diagnostics for many years in conjunction with CSTM. Its algorithms are really impressive as shown by validation tests with a commercial torque meter, tests carried out at Supélec where a precision better than 10-3 angular degrees was observed, ie 0.02% of the torque considered at low speed.
The strength of this torque meter, using very high dynamic OPTEL THEVON sensors, is that the measurement can be performed at low speed on large rotors and theoretically at speeds greater than 200,000 revolutions per minute with the same angular precision, if the acquisition frequency is suitable.
Article proposal / grand premiere
Our recent tests up to 85,000 rpm, with two 152M sensors on an electric motor test bench designed and produced by CSTM, see Figure 1, have led to exceptional results. In fact, the torque measurements perfectly follow the predictions of the calculation. By comparing the torque measured against the braking torque of the aerodynamic brake that we calculated in digital fluid mechanics (CFD), we validate at high speed both the calculations and the torque meter which is of course the more precise of the two, such as This is shown by the low dispersion of the measurement points compared to their trend curve.

For more information, meet at our stand C10 during the MEASUREMENT WORLD trade fair…

VEGA is developing new autonomous sensors for wireless and limitless measurement VEGA is launching a new range of radar sensors and democratizing the use of data thanks to IoT. The IoT is an integral part of the digitization movement which has been taking place for several years and which, through the automation of processes, contributes to the improvement of our ...

The Wika group is celebrating its 75th anniversary this year. Founded in 1946 and specialized at the time in the production of manometers, the Wika group is today a major player in the manufacture of industrial and process measuring instruments on the world market. With 11,000 employees, the company achieves a turnover of around one billion ... 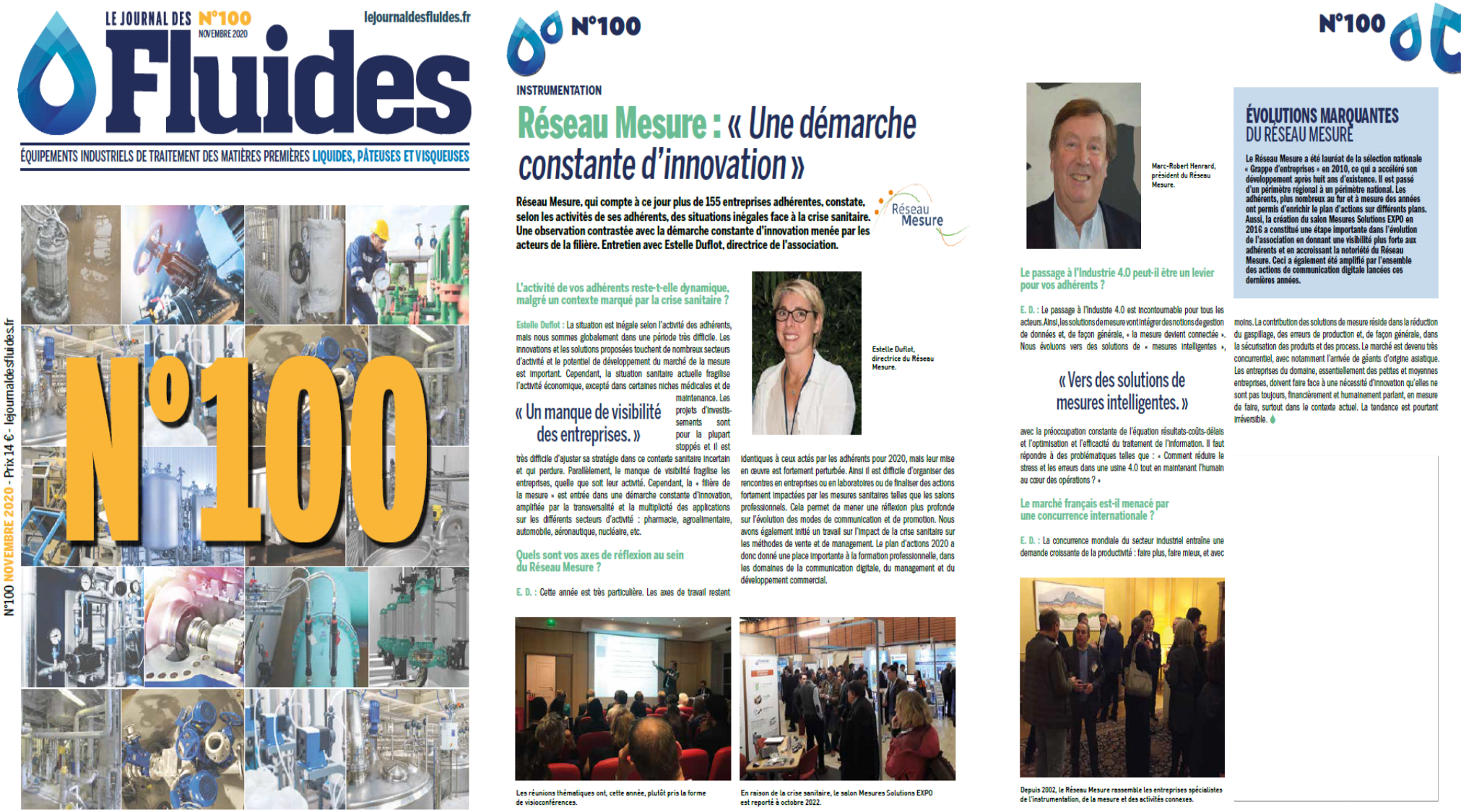 At the start of 2020, Optel-Thevon and Texys International are pleased to officially announce their merger. Our two companies, specialized in the design and manufacture of sensors with high technical added value, considered that the sharing of values as well as the complementarities of activities fully justified this operation and would make it possible to offer…

ADEL Instrumentation is proud to present its new range of 22 mm Round Drilling Digital Displays!

ADEL Instrumentation is proud to present its new range of 22 mm Round Drilling Digital Displays! Standard size drilling of pushbuttons and indicator lights of electrical cabinet. Easier and faster installation than standard displays with square / rectangular drilling. More economical equipment. He will know how to satisfy you and ...

The industry is recruiting! APEC is organizing this job meeting offering executive or ETAM jobs in the region. “Our job meetings always generate a strong interest on the part of the executives who come in large numbers (on average a hundred participants). There, companies meet well-trained and motivated providers of skills to ...

3 top-flight French SMEs serving the innovative application of one of them, CSTM, which is developing its own high-speed electric motor, has encountered a hard point in measuring torque. It must be contactless, precise, without added inertia, without constraint and in addition at very high speed (100,000 rpm) ......

INTELLIGENT SOLUTIONS for INDUSTRIAL METROLOGY The International Metrology Congress will take place from September 24 to 26, 2019 at Paris-Porte de Versailles, in partnership with the new Measurement World trade fair. Metrology is at the heart of the evolution of industrial processes with the development of the industry of the future: smart sensors, production, etc.

Transat Jacques Vabre 2021 Gaëtan THOMAS & Sebastien DESQUESSES Why invest in ocean racing? Develop a sense of belonging around a common challenge for your employees and partners ✓ Share a vision, motivate teams ✓ Promote your brand ✓ Maintain your relationships with your customers Promote the values of ocean racing in your business ...

Video-conference: Why test an HMI and how to do it well?